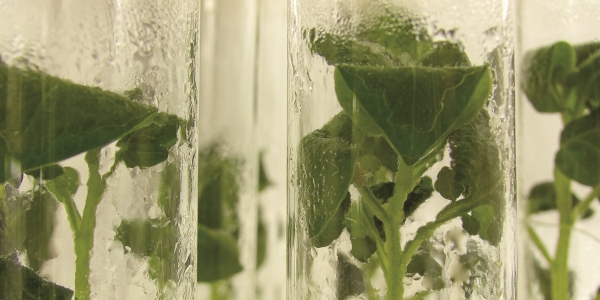 At Averis, the chance of success – a new breed with added value – was always in the area of 1 in 250,000. This low success rate is due to the fact that a potato has twelve chromosomes, each of which has four copies.

These are passed down independently to the next generation. Also, many properties are based on multiple genes. The underwater weight, for example, is genetically determined by 50 to 200 genes. Desirable variants of those genes, which are found together in a parent breed, will therefore come together in the offspring in all sorts of combinations, but almost never all of them again.

To increase the chance of success, Averis conducts research into the genetic background of the potato and technologies. Armed with this knowledge and technology, an effective and targeted selection can be made as early as at the seedling stage. Better parent breeds for crossing can also be selected. The introduction of these technologies has increased the chances of success by a factor of just over 10 over the last decade. This will further increase the chance of success in the next ten years, as a result of which new varieties can be developed more often, or better still with a greater improvement in their properties.

A second field of research concerns the application of new technology in the breeding programme, such as making aerial observations, automating quality testing, and smart and vertical farming technology aimed at improving the quality of the selection process.